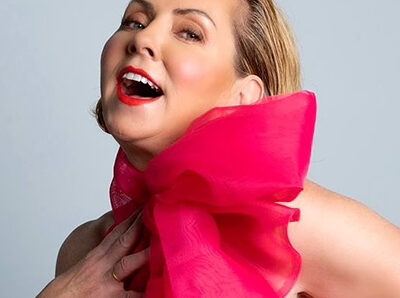 Maz has been to more showbiz parties than Kim Kardashian’s Spanx and down more red carpets than a Dyson vacuum. Her contacts read like the toilet queue at the Oscars and her loo is packed full of international awards – BAFTAS, Logies, Astras, Royal Television Society Awards, National Comedy Awards, a Bronze Rose De Montreux, the works. Maz has been the big boss of the biggest TV shows in the world, with the biggest teams, budgets, audiences and superstars – five series of Big Brother, The X Factor, The Farmer Wants A Wife, The Celebrity Apprentice, Dancing with the Stars and she is the co-creator of the long standing ABC current affairs show, Q&A. Her content has been watched more than eight BILLION times, her latest documentary beat 60 others to take the top prize at The Sanctuary Cove Film Festival, and she once created so much social traffic, she broke Twitter.